Hillary Cassel  and  Michael Cassel  have both been named as 2020 Rising Stars by Super Lawyers Magazine.  This marks the fourth consecutive year for Michael and sixth consecutive year for Hillary. Recognition as a Super Lawyer Rising Star begins with peer nominations and is followed by independent evaluations of the nominees.  Only 2.5% of Florida lawyers are named to the Rising Stars list.  To read this year's edition of Super Lawyers magazine, please click the image below. ​ 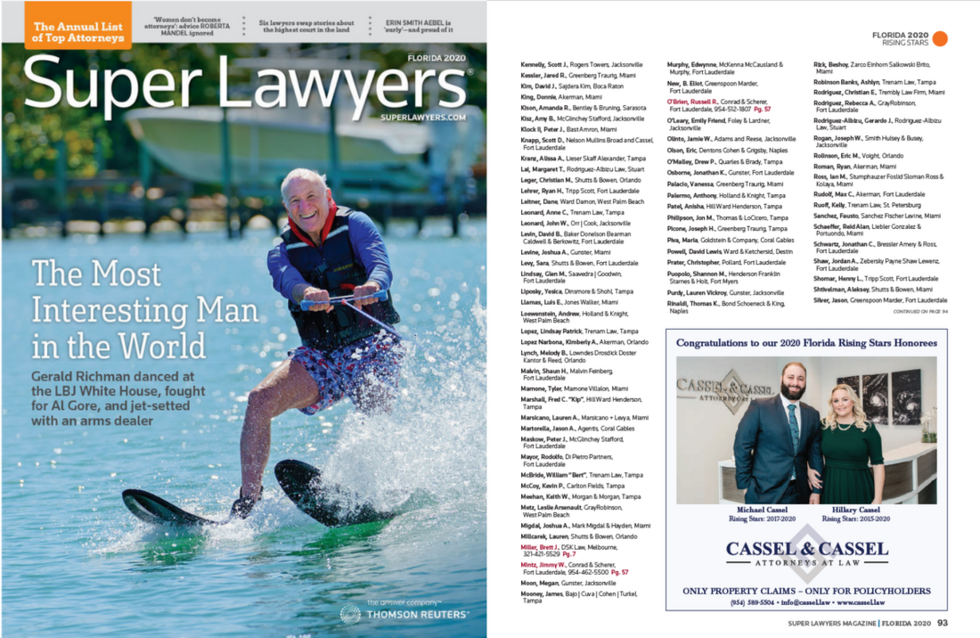 Mr. Cassel is the managing partner and co-founder of Cassel & Cassel, P.A.  He began his career defending insurance carriers in both State and Federal Court where he concentrated on first and third-party commercial and residential insurance claims with a focus on coverage, liability, and bad fait...

Thank you for contacting us. We will get back to you shortly.

Please complete all required fields below.

[LAW FIRM NAME] Is Here for You

At [LAW FIRM NAME], [I/WE] focus on [PRACTICE AREA(S)] and [I/WE] [AM/ARE] here to listen to you and help you navigate the legal system.